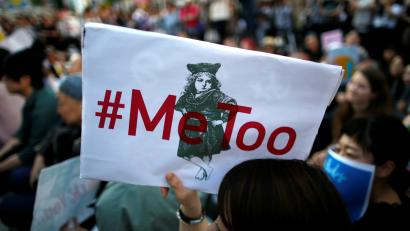 The Me Too movement (or #MeToo movement), with many local and international alternatives, is a movement against sexual harassment and sexual assault.#MeToo spread virally in October 2017 as a hashtag used on social media in an attempt to demonstrate the widespread prevalence of sexual assault and harassment, especially in the workplace.

It followed soon after the sexual misconduct allegations against Harvey Weinstein.Tarana Burke, an American social activist and community organizer, began using the phrase “Me Too” as early as 2006, and the phrase was later popularized by American actress Alyssa Milano, on Twitter in 2017. Milano encouraged victims of sexual harassment to tweet about it and “give people a sense of the magnitude of the problem”. This was met with success that included but was not limited to high-profile posts from several American celebrities, including Gwyneth Paltrow, Ashley Judd, Jennifer Lawrence, and Uma Thurman.

#MeToo is also a sexual harassment.