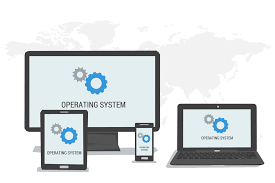 An operating system is a program that acts as an interface between the software and the computer hardware.