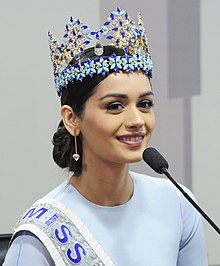 18 contestants from all over the world competed for the crown.